Kai has been excited for Halloween to come since last Halloween.  He has even been angry with us for talking about Christmas, because he only wants Halloween and trick-or-treating.  We have been watching “It’s The Great Pumpkin, Charlie Brown” which has only intensified his need to trick-or-treat.

He had also announced back in early September that he was going to be Peter Pan for Halloween.  So that is what he was! 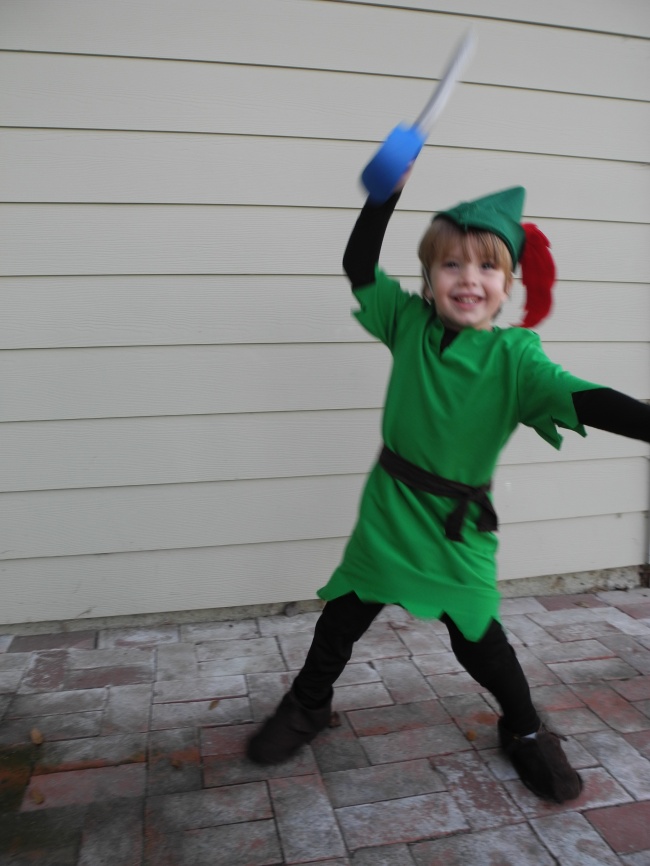 Thanks to my sewing instructor I was able to sew their costumes, all the way down to his shoe covers.

There were many Peter Pan costumes to buy, but no Mr. Smee.  I couldn’t have one store bought and one homemade, so I decided to make both.

Thanks to my new favorite website http://www.allfreesewing.com I found the Peter Pan Costume pattern here.

Mr. Smee was a lot trickier, but I found a Mr. Smee hat idea here that did the trick!

I really had no intentions of dressing up for Halloween, not really my thing.  But the day of, Kai convinced his dad to take him costume shopping and Kai then convinced me to be a Pirate Princess, and his dad transformed into a version of Captain Hook.

And some more pictures of my cuties…

Kai was really getting in to his character.

Taj was much more into his food bribe. 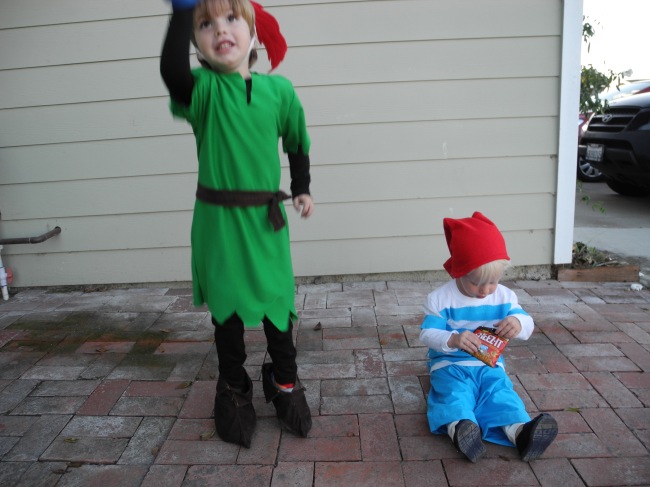 What a beginning to a fun night!